Mayaxala xans awinakola. Let us respect our land sea and air. The Swanson Occupation organization is dedicated to the protection of wild salmon and advocates for the removal of open net-pen fish farms. They fight for wild salmon and ask you to join them. Their home is Alert Bay.

‘Namgis people have occupied the lands and waters that they currently live upon since time immemorial. ‘Namgis Territory encompasses the entire Nimpkish and Kokish River Watersheds on northern Vancouver Island, along with the waters and several adjacent islands in the vicinity of Johnstone Strait and Queen Charlotte Straits. ‘Namgis lands have never been ceded to any other entity, government, or outside agent. The ‘Namgis have owned and managed these lands for thousands of years.

Ecojustice goes to court to defend nature, combat climate change and fight for your right to a healthy environment.

Thanks to our supporters we represent every one of our clients free of charge.

Living Oceans Society is a Canadian environmental organization that has been a leader in the effort to protect Canada’s oceans since 1998. It is based in Sointula, British Columbia, with a satellite office in Vancouver, British Columbia.

Wild fish have been an integral part of the economic, cultural, and ecological fabric of the Pacific Northwest for thousands of years. Unfortunately, over the last several decades, native fish have declined across the region. Today, many Northwest wild-fish populations face the threat of extinction, and since 1991, the US government has listed 27 populations of native salmon, trout, and char as threatened or endangered species under the Endangered Species Act.

Homalco First Nation are traditionally known as the “people of fast running waters,” named after the turbulent waters surrounding our original home in Bute Inlet, BC Canada. The Homalco are also known, with their neighbours the Sliammon and Klahoose and the K’ómoks, as the Mainland Comox.

Stand with Homalco and Tla'amin : "Sister Nations"
Homalco and Tla’amin Nations are headed to federal court to secure the removal of salmon farms from their territories. They will be facing four salmon farm companies that are challenging Canada’s recent decision to phase out all open-net salmon farms in the Discovery Islands by June 2022.

Now is the time to use everything we know to protect wild salmon. Your support will help fund science and research to restore BC’s wild salmon populations into the future. Raincoast Research Society depends on the generosity of people like you – people who care about our wild salmon and the whales, bears, wolves and other species that depend on them.

Every little bit counts. We need your support to get this timely and inspiring documentary in front of the most people possible, as well as to continue campaigning and educating. This is just the beginning for Coextinction. We hope you'll join us!

*For larger donations of over $500, please contact us directly at info@coextinctionfilm.com so we can provide a donation receipt with the support of our charity partners. Thank you.

Simple things you can do right now to make a difference from the comfort of your home.

Message 5 friends or family (by text, social media, email, etc) telling them to watch Coextinction and to go to coextinctionfilm.com/action

Do not buy salmon unless it is from Indigenous-owned known-stock fisheries or land-based fish farms.

Write an email to Minister Joyce Murray (min@dfo-mpo.gc.ca) encouraging her to keep Canada's promise to phase out open-pen fish farms.

Write a thank you letter to the First Nations communities and leaders who have led the removal of open-net pen fish farms in their territories. You can send your letter to coextinctionthankyou@gmail.com and we will pass it on to: ‘Namgis First Nation, Homalco First Nation, Don Svanvik, Darren Blaney and Ernest Alfred

Coextinction and any associated persons hold no legal responsibility for your decision to organize or otherwise participate in any legal or illegal actions, nor for any consequences of your organizing or participation. You organize and participate completely at your own risk and responsibility.

We will inform you when we know of specific actions happening around the world. Please sign up for our email list and follow our social media to be sure to stay up to date.

You have the power to organize your own actions as well.
Here are toolkits that can support you organizing and making impact. 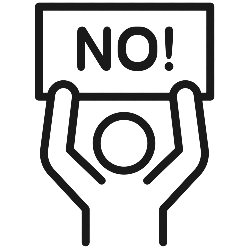 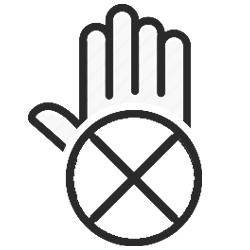 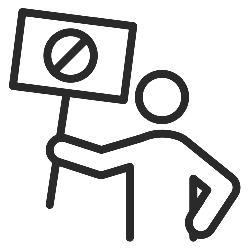 Learn How
If you are not Indigenous, be sure you act as an ally to, accomplice with, and co-resistor alongside Indigenous peoples in any action you organize, and center Indigenous needs, desires, and perspectives. Here are three helpful resources you should read from Dakota Swiftwolfe and the Montreal Indigenous Community Network, Morgan Tsetta, and Amélie Lamont.